The parallels of golf and esports: History repeated? 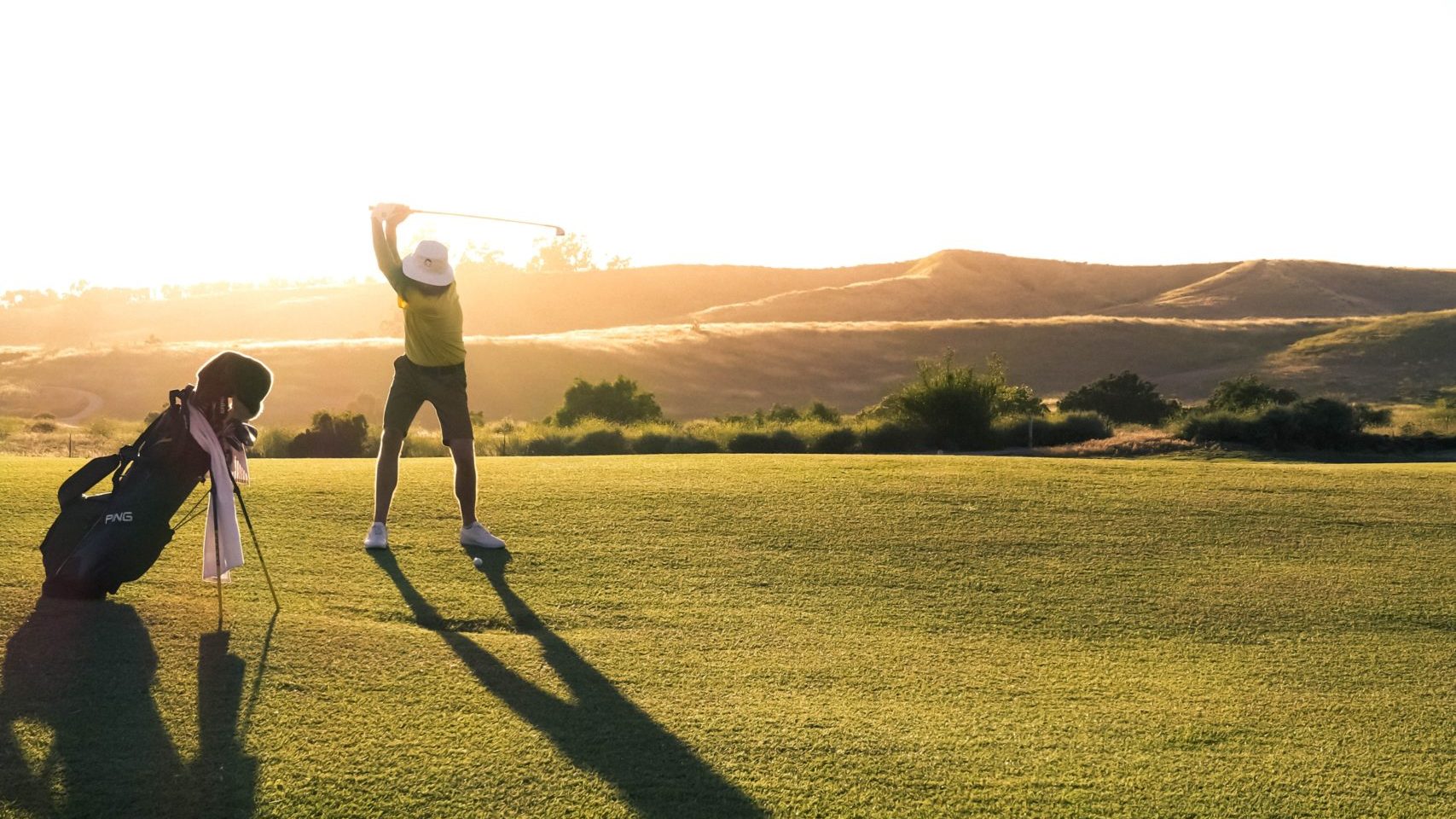 Esports is often compared to sports, and this has led to an ongoing and often emotional discussion within the esports ecosystem as well as outside of it. The widespread underlying assumption is that esports needs to be modeled after traditional sports.  Many advocates for this approach refer to the success of sports leagues like the NFL or NBA. Other supporters state the legitimation that would be achieved by becoming part of the Olympic Games. As sports are considered to be well organized in general, it sounds reasonable to model esports accordingly. After all, there is currently also a massive increase in the number of sports executives joining esports leagues, as well as the ongoing push to pursue the esports discussion with the International Olympic Committee. Still, the debate is often only about the positive sides and rarely about the price esports would have to pay for becoming just another sport. There are many facets to mention, e.g., the enormous subsidies in the NFL from local governments or the widespread corruption in various associations. Yet, there is one crucial flaw in the general comparison with the established sports: Many of these sports developed steadily over time, such as American Football, which started as early as 1869. 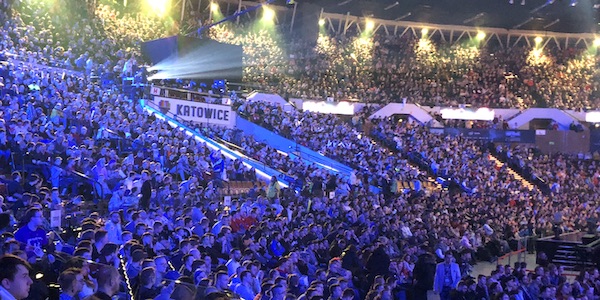 But what about sports that experienced astronomic growth in a short period of time? One sport that comes to mind is golf. Although the game of golf may have been played since the 15th century and was part of the Olympic Games in 1900 and 1904, in many parts of Europe golf had stayed in its niche for over 80 years. This already shows the first parallel between golf and esports: After the hype of arcade games in the 1980s, a time of competitive gaming, it was not until the late 1990s that modern esports emerged. In Germany, modern golf broke out of its niche existence in the 1980s, partially due to technological progress like more precise procedures for creating golf clubs and balls or the utilization of titanium. There is a technical element that enables the golf player to be successful. Even though this is common in many sports today, in golf it led to massive growth. This is similar to esports, which requires some gaming devices and specific peripherals. Both modern golf and esports rely heavily on the equipment that enables the player to participate in the game.

Interestingly enough, modern golf had to deal with similar criticisms as esports in its early growth phase. Especially in Germany, the debate remarkably resembles the current esports discourse. Critical voices say: There is a lack of physical activity in golf. In esports, players just sit in front of the computer clicking the mouse. Furthermore, golf is criticized for the sheer randomness of winning or losing instead of mastery and skill – another aspect that is also denounced in esports. And these are only some of the reasons why people often speak of the “game of golf” and not of “golf sports”. Besides, there was the constant allegation that golf was not eligible for funding as there was already a lot of money in the system. This accusation of being a for-profit industry (or at least many stakeholders being for-profit) can be observed in esports as well. Certainly, the violence discussion does not apply to the game of golf, but all in all, remarkable similarities can be observed, which make it interesting to analyze modern golf evolution.

In the late 1980s, golf was booming in Germany, and most of the infrastructure, like golf courses, was created at that time. The foundations of golf were laid outside the existing sports structures, which bears a striking similarity to esports. Golf had been doing its own thing for an extended period of time, and it seemed that they did not need the support of sports associations to grow. This is a another striking resemblance to esports, as esports is also “pioneering” its own way out of the “Wild West”. By being denied nonprofit status, golf and esports organization had to follow the commercial path in order to foster growth in their ecosystems. Without funding, it was necessary to make money in order to be able to spend money. Therefore, it is somewhat ironic to accuse golf and esports of being “for-profit.” This negligence of golf in Germany had dire consequences for the flourishing competitive environment. Other countries approached golf differently and saw the potential in this upcoming sport. Most notably, the U.S. incorporated golf into their college sports system and gave players scholarships for training and tournament participation.

Consequently, many European players moved to the U.S. due to better training facilities and the chance of a secure living. Furthermore, these players shifted their focus on their college teams and neglected their home clubs and the nascent national team. Even if players wanted to continue playing for the German clubs, the time difference between trimesters and semesters and the long distance were too inconvenient. Other countries offered more, and the players moved there. The consequences of this muscle drain in the early stages can be felt to this very day. In esports, this development may not be as drastic, but still it can be observed that there are not that many German players at the highest level in games like League of Legends or Counter-Strike. There are, however, some initiatives and organizations that support esports in Germany. Interestingly, these are often for-profit organizations: Companies like the esports player foundation, which tries to support young talents in their development, the Uniliga, which supports students in competing in various games, and the ESL, which tries to establish a path to pro.

Still, golf became more and more popular over time and received its accolade in 2016 by participating in the Olympic Games (again), which was a great success in terms of viewer ratings. Interestingly, there is some discontent in the golf community about being part of the IOC. On the one hand, there is the boost of legitimacy in society through participation in the Olympic Games. On the other hand, they have to follow strict rules in a tight corset. Furthermore, golf has created a thriving and widespread ecosystem, and the schedule is already packed with tournaments. It must be remembered that the Olympic Games are only held every four years. Golf has a functioning tournament environment, and it can be observed that not every nation sends its best players to the Olympic Games. This procedure is nothing new, as FIFA does not send the best players to the Olympic Games either, but only a youth team. Consequently, golf and all other sports in this situation constantly reevaluate the situation and essentially create a cost-benefit-analysis of their tournament ecosystem. There are also voices from the esports sector pointing out that esports may not need the Olympics and should retain its independence, especially as it is a tournament taking place every four years – a period during which disruptive changes can occur in a highly volatile environment. Many forget that esports had the so-called World Cyber Games, which had the feel of the Olympic Games. On their peak in 2008, participants from 78 countries competed for medals in various esports titles. The World Cyber Games disappeared when Samsung stopped sponsoring them; another striking example of for-profit organizations having to do the job of sports associations. Even though golf at the Olympic Games has been considered a success, it is clear that the associated regulations feel oppressive to various leading people in golf. To this day, golf does not receive a lot of funding in Germany, even though most Olympic sports would vanish without government support. This reliance on government funding may vary from country to country. In Germany, this government dependence developed over time and created a stable sports environment. Golf does not benefit from this support, but still follows the regulations that come with this system. Thus, the golf associations have almost no say in how golf is played on the Olympic level. The main reason for subjecting to this unfavorable deal is to gain legitimacy and political influence. It is evident that golf can serve as a cautionary example for esports if it chooses the Olympic path, especially as it has access to alternative powerful allies like the video game industry.

Furthermore, golf and esports have a similar standing in sports and society. Many athletes play golf as a hobby or as a balance to their sport. This is similar with esports: Many football players also play the video games FIFA or Pro Evolution Soccer. Golf has a social dimension that should not be neglected. It has become an integral part of society. It can serve as entertainment and as part of negotiations. There are many stories about politicians and businesspeople making a deal on the golf course. Esports may also serve a similar sociocultural purpose in the digitized society. If golf still struggles to deal with the world of sports associations and the IOC due to its “non-traditional” growth, how can esports fit in? To make matters worse, esports consists of ever-shifting esports titles with hundreds of potential candidates for the Olympic Games. Esports as a whole will never be part of the Olympic Games, and this proliferation of titles is already a significant obstacle. Counter-Strike will never be Olympic, but games like Rocket League may have a chance. One way forward could be to have IOC-approved and IOC-rejected esports titles (something the German Olympic Association (DOSB) is already pushing for). Such a development could split esports into two camps. The question that needs to be asked: Is the legitimation by the IOC worth all possible downsides? A question that golf currently would answer in the affirmative.

If esports wants to grow sustainably, it is necessary to look beyond the typical comparison to the NBA or the lock-in on the IOC-path and instead research other sports like golf or other phenomena outside the “sports bubble” as well. Esports is only partially sports, but also entertainment, media, culture, and business. This is not reprehensible, but should highlight the need for decisive action and a distinct growth strategy. What are the elements from traditional sports that fit and what factors may harm esports in the long run? The case of golf in Germany shows that past decisions have shaped the current state of the sport. There is a need for a detailed discourse on the pros and cons of potential strategies for esports in the future.