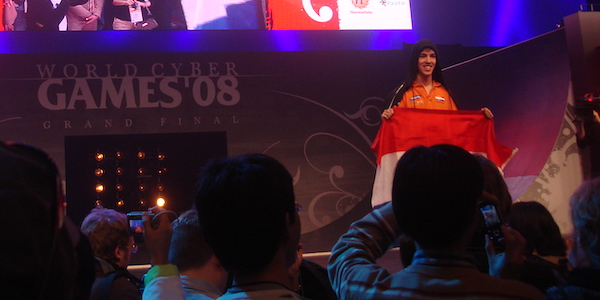 The Deutscher Olympischer Sportbund (DOSB), which is the German federation for sport, says, that esports is no sport. From a historical point of view, the DOSB has changed its argument several times. Starting with arguments about physical activity, over allegedly missing structures in esports and ending with legal advice.

To understand the argumentation of the DOSB and other critical views on esports, it’s important to have a look at the definitions of „esports“ and „sport“. Furthermore, there has to be a differentiation between gaming and esports, which are different phenomena.

Researching about esports and the role of the DOSB in Germany has several starting points. First, there has to be a look at the structure of the DOSB: What is part of the federation and what is not? What does historical evolution look like? The second point is the political status of the DOSB. In Germany, there is no ministry of sport or something like that. Only the DOSB has the right to count something as a sport by letting the respective federation of the sport join the DOSB. So there is a strict separation between sport and politics in Germany, which has several aftereffects. The third point is to have a look at ideological and social reasons, why the DOSB is not recognizing esports as a sport.

A research goal has to be if esports should be counted as a sport because of its characteristics and definition. It is important to have a look at the definitions of esports and sports from a scientific-theoretical perspective. Overall there is a big gap between real esports and the understanding of esports at the DOSB. One example of this gap is the so-called „eGaming“, a word in Germany for videogames, used by the DOSB, to describe all videogames beside sports simulations, which, in their option are esports.

As a result of the research, there will be some implications to understand esports in a better way, to define it more precisely and to give new impulses in dealing with the DOSB.

Timo Schöber has been embedded in the esports context since 1998. He is the author of the first-ever extensive non-fiction book about esports, called „Bildschirm-Athleten“. Currently, he is researching esports at the Viadrina in Frankfurt (Oder), at the design akademie Berlin and for Esportionary.net.