Esports and the “crisis” of masculinity in games 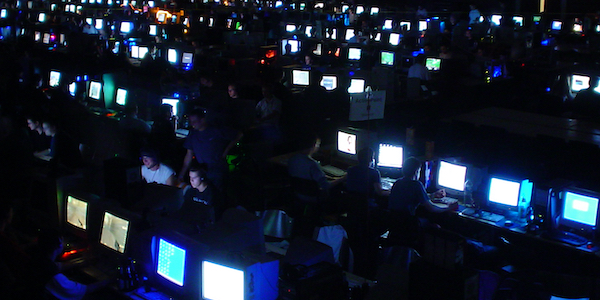 The global games industry is having a “#MeToo” moment – albeit not for the first time (Klepik, 2019). The last few weeks of June 2020 have brought with them public revelations of unsolicited sexual advances and predatory behaviors from every level of the games industry. On June 19, Twitch streamer Hollow_tide tweeted about an unnamed Destiny 2 player, referring to them as a “scum lord” and mentioning “awful things they’ve done.”

The past couple of weeks have merely been public confirmation of what many women working in the gaming and esports industry have known for years: that the industry can be a hot bed for powerful men preying on vulnerable individuals. As esports reporter Liz Richardson (2020) stated: “The allegations now coming to light have likely been whispered, as a warning, to friends and colleagues for years. Hushed comments at events and under-the-radar direct messages of ‘don’t go anywhere alone with him’ are commonplace. Women in the esports scene, especially those who have been taken advantage of, always have one eye on the youngest and most vulnerable of us at any given party.  These stories are the reasons women never drink too much at events, lest they be accused of being ‘irresponsible.’ These stories are why women have friends who will text them if they disappear at a convention for longer than 15 minutes.”

One woman shared a now-viral photo of herself in a hot tub with six male esports players with the captain: “This was my first professional esports contract. I was 20. Organizers repeatedly told me to get in the hot tub and invite players. When I didn’t have a swimsuit, they gave me the company card and sent me to the mall to buy one. “Hospitality” meant paid male entertainment.” (Baemax, 2020). The widespread allegations, taken together with the anti-feminist #Gamergate movement that still casts a shadow over gaming culture, are further evidence that there is a systemic problem with the culture of gaming and esports. From sexual objectification of women at major industry events (Sottek, 2016) to networking events that are almost exclusively held in bars where men can abuse their power (Serrels, 2020), misogyny is embedded in much of the industry’s practices.

Much has been written on the prevalence of toxic masculinity in gaming culture, including stereotypical depictions of masculinity and femininity in games (Lynch et al., 2016), gender-based harassment in gaming spaces (Cote, 2015; Fox & Tang, 2016), and gendered labor inequalities in the development sector (Prescott & Bogg, 2014). The “geek masculinity” prevalent in gaming culture, as first identified by T. L. Taylor (2012) is perhaps at its most hegemonic in esports, where the hyper-masculine connotations of traditional sport blend with geek masculinity, which continually seeks to reassert patriarchal dominance in “demasculinized” geek spaces (Ruotsalainen & Friman, 2018). Nick Taylor (2012) has noted how certain competitive esports communities reinforce traditionally masculinist gameplay conventions (e.g trash-talking). Competitive games offer up a “proving ground” for boys and men to construct their own masculine identities, which often necessitates engaging in hegemonic practices (Healey, 2016). For example, in their analysis of North American CS:GO team Cloud 9, Voorhees and Orlando (2018) argue that the team is cleverly marketed as an assemblage of various enacted masculinities – from militarized masculinity to homoerotic masculinities. Yet, in post-match interviews and other media, these different typologies of masculinity are constructed in narratives that reassert a heteronormative, hegemonic masculine culture in esports.

It is small wonder then that, despite representing an increasing percentage of the global esports audience (Nielson, 2019), women remain vastly underrepresented in the professional esports scene. The inaugural Fortnite World Cup, held in 2019, had a playing field of 100 contenders – none were women (Castello, 2019). The four-year-old Overwatch League has one female player, South Korean ace Kim Se-yeon (known as Geguri), across all of its rosters. (Notably, Se-yeon faced unfounded accusations of cheating because of her high skill level, [Alexander, 2016]). In 2019, Xiaomeng “Lioon” Li won the Hearthstone Global Finals, making her the only woman to ever win an esports tournament held at Activision-Blizzard’s annual BlizzCon convention (Yim, 2019).

The few trans and non-binary professional players are also among some of the industry’s most formidable competitors. Sacha “Scarlett” Hostyn, who is transgender, is the first woman to win a major Starcraft II tournament, and has been heralded as “one of the few women succeeding at the top level of the StarCraft II pro scene” (Campbell, 2014). Maria “Remilia” Creveling became the first woman to play professionally in the League Championship Series, although she resigned from the league after one month due to transphobic harassment. (Remilia tragically passed away at age 24 in 2019 [Wolf, 2019]). Five-time EVO champion, Dominique McLean, better known as SonicFox, came out as a non-binary man in 2019. McLean was named to Forbes’ “30 under 30” list in 2019 for their esports acclaim, sportsmanship, and their activist work for the LGBTQ community (Bell, 2019).

Standing at the edge of what is arguably gaming’s third #MeToo moment, we, as gaming and esports educators, researchers, administrators, coaches, and players have to ask ourselves, where do we go from here? ERN’s members, with our combined knowledge and connections across the global esports industry, are in a privileged position to help change the culture of esports, making it an inclusive space for all. Many of us work students who intend to pursue careers in esports. We can model the importance of respecting and accepting players of all gender identities, so that they enter the industry as compassionate players, coaches, broadcasters, and other roles. As researchers, we can collaborate on projects that help us understand the challenges surrounding inclusivity in esports, to identify what sorts of interventions are necessary. Finally, we can leverage our connections to some of the world’s premier esports leagues and associations and push for actionable policies that cultivate inclusivity.

Some interventions we can all undertake right now include:

I recently launched an initiative – FREEPLAY – that aims to make the barrier to entry in esports less intimidating to marginalized genders in gaming culture by providing judgment-free spaces for new players to learn to play popular esports games from seasoned players. This includes Twitch “teaching” streams and in-person “learn-to-play” workshops offering guidance for different levels of familiarity – from beginner to more intermediate and advanced players who want to up their game. We are planning to hold our “learn-to-play” stream, focused on League of Legends, in August. You can follow FREEPLAY on Facebook and Twitter for updates.

The following list contains several recommended publications on gender and sexuality in gaming, broadly, for those interested in the existing literature:

In 2018, when the industry was facing a similar wave of accusations, Guardian editor Keza McDonald wrote, “The video games industry isn’t yet ready for its #MeToo moment” (McDonald, 2018). Now, in 2020, we have another chance at it. Already, we’re seeing reform from some of the industry’s leading publishers, organizations, streamers, and players. However, we must keep this momentum going, or otherwise we will no doubt find ourselves revisiting this moment time and again.