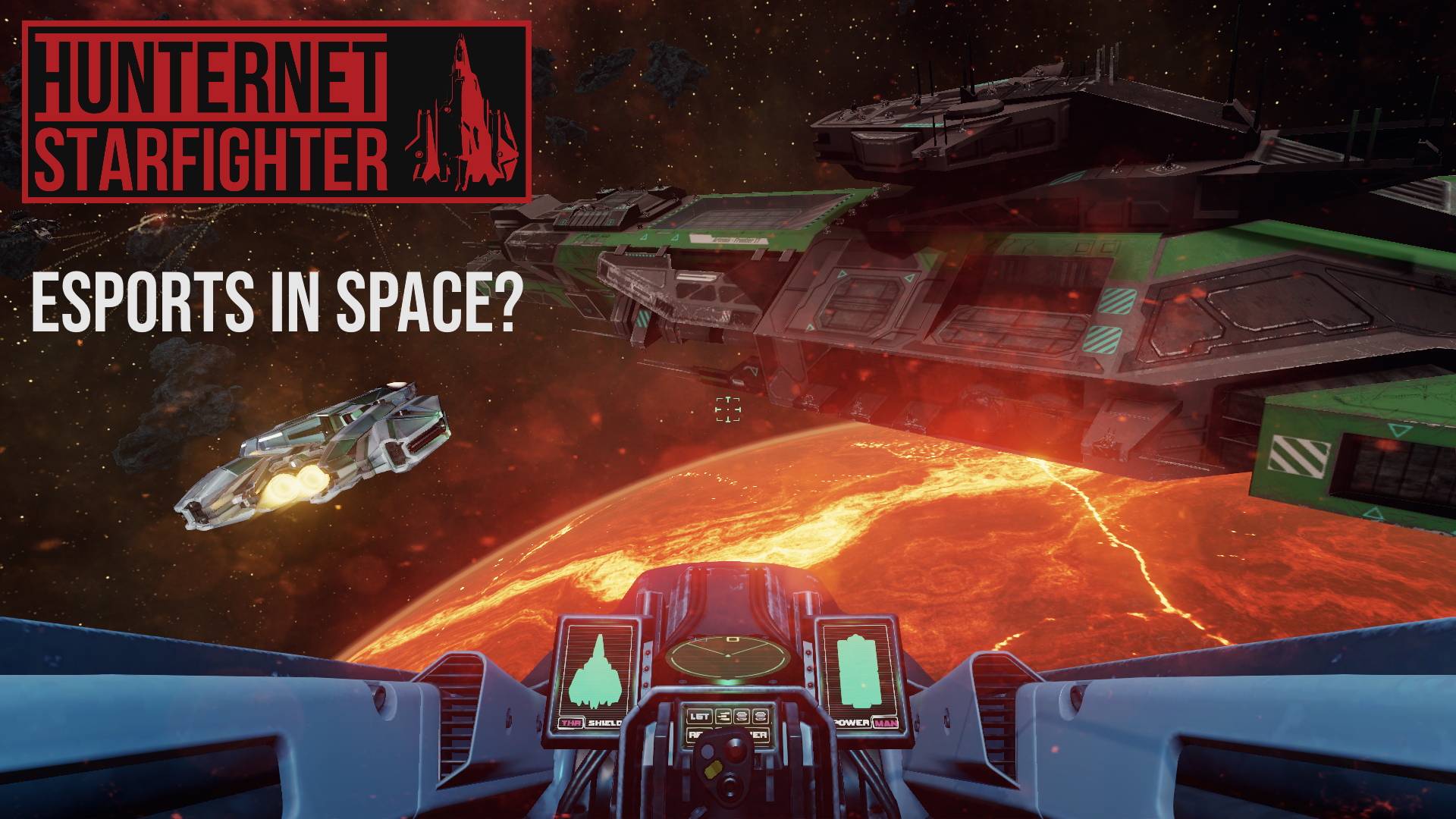 The goals of the esports research network include working with industry to help develop a sustainable future for esports. We love to work with both the big players but also the smaller players on this amazing and ever growing scene. Hunternet Starfighter is a starfighter combat sim with epic 100 person space/esport battles being developed by a lone developer. Having played the game I was struck by how amazing this achievement is and also the potential for the game to be an esport, which is rare in game development so I talked to the developer to find out more. Fernando Zapata (Fernando Z #6813 on Discord) is game programmer-designer currently based in Spain. He originally founded CPU Dreams in Austin, Texas where he got his start as a software developer.

How did this huge project start?

Since a young age I’ve been obsessed with everything that flies. From kites, airplanes, to space ships. I grew up on the X-Wing series and WW2 flight sims. I have a lot of experience in air and space combat with a deep understanding of what makes those combat systems work. My favorite games are multiplayer games not just because of the challenge of playing with real people but because the communities that form around them add so much more to the games and have been the source of many great friendships.

What was the original vision for this game?

I wanted to make a starfighter combat sim that felt authentic. Authentic in that it looked and felt like popular depictions in epics like Star Wars and Battlestar Galactica which have set expectations. While also taking inspiration from real aerial combat, specifically aircraft carrier combat in the pacific theater. And at the same time injecting elements of realism that modern audiences have come to expect when thinking about fictional space combat. A lot of us have dreamed of being a starfighter pilot and I wanted the game to really capture our expectations of what being a real starfighter pilot would be like.

What have been the major challenges?

Developing the skills as a game developer and designer so that I could actually pull this off in the first place. I started Hunternet Starfighter about two years ago, but the skills I needed took decades and many failed projects to develop. Being a solo developer is also still extremely difficult. You have to do the job of many people in many different disciplines and you have to develop the game while trying to promote it and also worry about its ability to succeed as a business. I’m not truly alone as I do have the support of my community, but not having anyone else working on the game full time is still a major challenge.

How would you describe the community?

The Hunternet community is friendly, passionate for space games, extremely experienced in the genre, and includes some of the top pilots in this genre. They are very supportive of new players and have been a big source of support for me personally. They are excited by Hunternet Starfighter’s future and really want to watch it succeed.

Would you consider it an esport?

I think Hunternet Starfighter is certainly a game that has esports potential. The current alpha community is filled with some very competitive players but for something to be an esport I think you need a lot more than that. I do believe that after the game is released it has the potential for an esports scene to develop around it. The combat is very much skill based, there is a ton of depth, the game is exciting to spectate and easy to understand as a viewer, and the core gameplay is very adaptable so a format that works well in an esport setting is not a problem.

This is an amazing achievement for a solo developer, how has the process been?

While being a solo developer is difficult, having the same person be the game designer and the game programmer has its advantages. It is part of the reason why I’ve been able to build such a solid core for Hunternet. Being responsible for both aspects of development has allowed me to iterate quickly and frequently.

What are the next steps?

Hunternet Starfighter has progressed enough that I now have a very solid and enjoyable core on which to build a much larger game. I wanted to make sure before I attempted to expand that this core was second to none. For me the core of a great space game is the feeling of flight, the combat, the controls, and the performance (especially network performance in a multiplayer game). These are the areas of Hunternet’s design and implementation where the alpha really shines. What I hope to do now is find interested partners, grow the team, and build a much broader game on top of this solid and stable foundation.