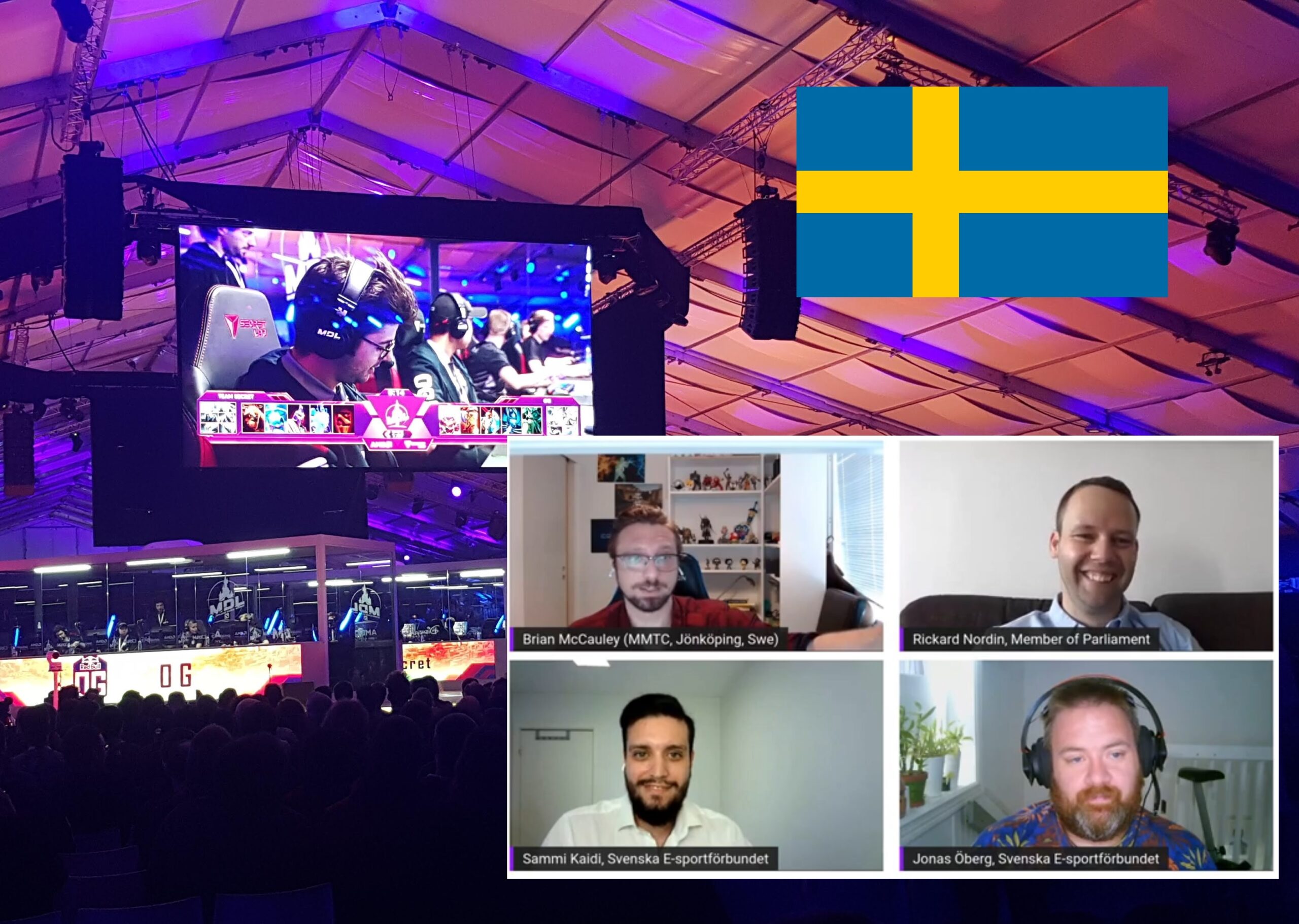 Recently the Swedish Sports Federation voted not to accept esports into the sports federation despite the application by Svenska E-sportförbundet. As a result, visa issues for players, staff and attendees from outside the EU became a potential problem for Dota 2 publisher, Valve. Request to reclassify The International as an elite sporting event were denied. As a result the 40 million dollar prize fund and millions of views will be moving elsewhere and not be hosted in Stockholm as previously planned.

We discuss the recent rejection of esports as a sport in Sweden and how this caused ‘The International’ in Dota 2, one of esports biggest events to move elsewhere. Joining Dr Brian McCauley are member of the Swedish Parliament: Rickard Nordin and the President and Vice President of the Swedish Esports Association; Sammi Kaidi & Jonas Öberg.

Rickard Nordin is a politician who is passionate about esports and understands the global value. You can connect with Rickard when he streams Heartstone here: www.twitch.tv/RiksdagsRickard

Contact Sammi Kaidi or Jonas Öberg through Svenska Esportförbundet here: https://www.svenskesport.se/ as they continue to work for esports in Sweden, understanding the value for education and the younger generations.

Listen to the podcast on Spotify, Apple, Deezer, Google or Stitcher