How can Music level up your game performance? 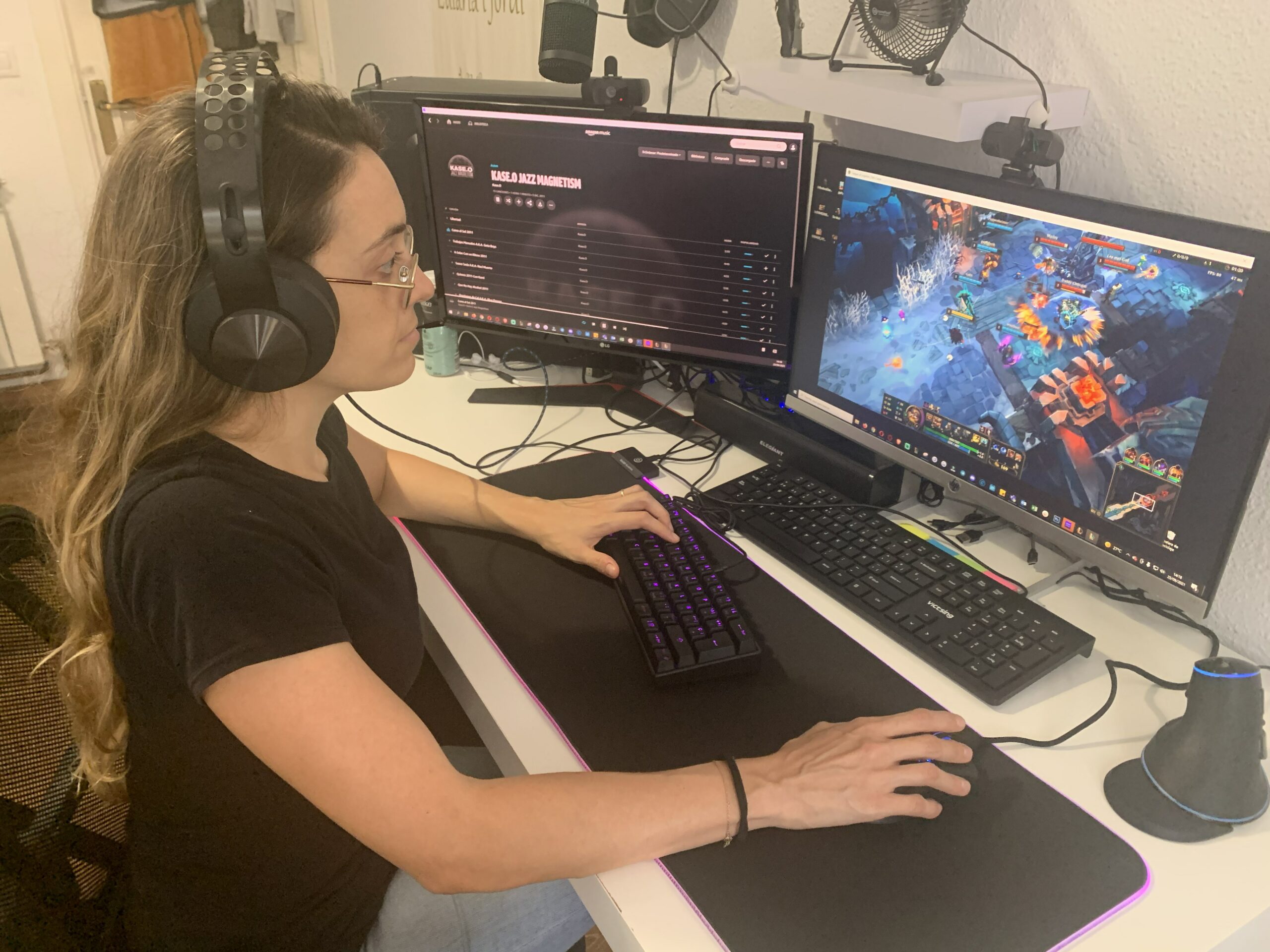 Our member Eulalia Febrer Coll wrote a paper on how Riot leverages music to enhance the experience of Worlds for virtual and non-virtual attendees. Here she presents some insights on how music can enhance the play experience itself, and even provides a sample playlist for League of Legends players.

Since PONG was released in 1971, video games have included sound as a main component in the enhancement of the gaming experience. Since then, the role of music has only expanded with music becoming part of the wider esports ecosystem and experience. I wrote a paper on how Riot leverages music to enhance the experience of Worlds for virtual and non-virtual attendees (see: Febrer Coll, 2020), and here I present some insights on how music can enhance the play experience itself, with a sample playlist for League of Legends players.

When referring to esports, we can no longer restrict our understanding of music to what is developing on-screen, but we can rather refer to a wider ecosystem that utilizes sound in an array of ways that go beyond the gaming experience itself –from opening ceremonies in competitive events to music streaming channels that feature esports-related content. Likewise, music has progressively permeated towards the social and performative experiences of esports players, regarding their goal attainment and well-being.

In this sense, and following the growing evidence in sports science that proves the increased performance of athletes exercising at specific musical inputs (Terry et al., 2020), we can affirm that music has a powerful capacity to bring e-athletes –and amateur gamers– towards an improved practice. Musicologists and music psychologists such as Justin Sloboda or Patrik Juslin have been especially eye opening in their summary of the diverse parameters that play a role in how we perceive, process, and exteriorize sonic inputs.

There are eight mechanisms that summarize these parameters (BRECVEMA: Juslin, 2016):

These can be applied in the creation of personalized music experiences, to improve one’s gaming performance or other specific goals, when taken into account for the curation of gaming playlists.

Although music taste and personal experience play a strong role in determining which music will help each player on a specific game, there are three main stages that may be tackled when addressing which soundtrack would work better at each time. These stages are no different from other sports or, more extensively, what may be found in further ritualized activities (Till, 2010).

If we take League of Legends as an example, we could differentiate between:

These three stages can be potentially adapted to fit any esport and specific user, as long as the curating process includes awareness of personal preferences, life history, and general psychological gaming profile. In the following link, you may access a Spotify playlist that has been delineated for a jungle-profile League of Legends player in mind — although it could work for other lines or games, specifically if the listener is self-described as a mildly-aggressive player.

(For reference: In this playlist, the first 5 pieces correspond to the pre-game stage, the following 10 to the in-game stage, and the last 5 to the post-game stage)

Although specific research in music and esports performance is yet to be developed, references from musicology, music psychology, and sports science offer a point of departure and promising perspectives for future application. If you would like to hear more on how to curate your own playlist to enhance your gaming experience — or if you would like me to suggest one for you — while contributing data to this field of research, do not hesitate to contact me at eulaliafebrer@gmail.com.

Connect with the author