The 1st ERN Symposium: Developing a Sustainable Future for Esports in the City of DreamHack 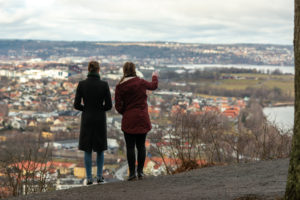 On November 27th and 28th 2019, the Esports Research Network with the Media, Management & Transformation Centre from Jönköping University will be hosting our first official symposium. The purpose of the symposium is to bring the worlds of research and industry together to develop an agenda towards working towards a sustainable future for Esports. 60 participants from Sweden and abroad will be brought together to workshop practical, tangible and impactful solutions. Public keynote talks will be delivered by Tomas Lyckedal (DreamHack), Graham Ashton (The Esports Observer) Stephen Hanna (Esports Integrity Commission), Liza Lind (Female Legends) and Max Horttanainen (Swedish E-sport federation).

Jönköping is a medium-sized city in Sweden that used to be best known as the midpoint between the big three cities of Stockholm, Gothenburg and Malmö. It‘s a beautiful city, bordering a huge lake with lots of nature and enticing hiking trails surrounding it. It is also the ‘City of DreamHack’ with DreamHack Winter and Summer happening here in the Elmia Centre, resulting in hordes of Esports fans descending here twice a year for the world’s biggest LAN party and digital festival. The neutral location of the city and the hosting capabilities of the Elmia Centre provided the perfect platform for DreamHack to thrive here. DreamHack has been here since 2001, long before Esports emerged as the phenomenon we know today. What this means is that the culture of Esports and gaming has been around here longer than some current professionals have been alive.

As Tomas Lyckedal, Chief Strategy Officer for DreamHack, told me –

“All great festivals have a special relationship with its host city, but I truly believe DreamHack and Jönköping’s relationship is more special than that. Especially, since DreamHack is not even founded in Jönköping, but still has most of its DNA strings connected to the city, the venue Elmia and actual moments that have taken place in Jönköping. Wherever you go in Sweden, people directly connect the word DreamHack with; ‘That thing in Jönköping?’, and wherever you go in the world, you get the direct reply when bringing up Jönköping ‘That city where they host DreamHack’. The original DreamHack experience was invented in Jönköping, and therefore as we expand our global footprint (15 events in 2019), we still rely on the event format created in Jönköping. At the same time, global expansion takes content and experiences from other markets back to Jönköping. Key learnings from our festival in the US have now also been imported back to Jönköping, and tested here to improve the event experience.”

This year DreamHack are celebrating their 25th anniversary, and for many people here in Jönköping, trips to DreamHack were an essential part of their childhood and teens. Even if they weren’t a gamer, it provided a reason to hang out with friends and for those interested in the LAN party, a place they could game with friends at a young age without begging for the permission of a long trip. Many volunteered at events as part of the DreamHack crew, which had the effect of further embedding them within the culture of gaming and Esports. After Kappa Bar opened their first branches in the larger metropolitan cities of Stockholm and Gothenburg, it was Jönköping where the third branch was opened, a year before Malmo got their own Esports themed bar. Jönköping is maybe the tenth biggest city here in Sweden, yet it had an audience tailor made for a bar celebrating Esports. Recently in August for The International, Dota 2’s biggest event drew over 50 people to Kappa Bar early on a Sunday morning for breakfast and coffee so they could watch it together. I have to admit I was surprised myself by the enthusiastic turnout at 8 am on a Sunday!

This long enculturation through the DreamHack community has meant that early on Esports was legitimized in the city to a greater extent than most places in the world. The smaller size of the city was also an advantage as it meant that Esports enthusiasts could engage with each other more easily in real life. Twice a year, these locals were able to network and engage with the wider Esports community through DreamHack, which allowed them to expand their horizons further. The results of this meant a lot of local actors have been busy pushing for the grassroots for years. And this meant that with the recent growth of Esports, Jönköping City and the wider region had a network of enthusiastic and driven Esports stakeholders who could leverage this explosion of interest to enhance the grassroots level.

As of now we have a plethora of Esports programs emerging within the education system here, driven by these people who once had to fight for what was a niche geeky hobby. Alongside school programs that develop Esports there are also local organizations such as Phoenix Blue. This association for young people who want to participate in e-sports, live broadcasts and online tournaments, has gone from a local Smash Tournament Organizer to the biggest in Sweden. Phoenix Blue was the first official Esports Association to collaborate and receive funding from the Jönköping Municipality and they work to disseminate knowledge about e-sports and reduce the prejudices surrounding gaming and digital culture. They provide young people who are interested in e-sports with the conditions to develop their skills in an understanding community.

The people who push these sorts of projects into reality, work as a community and were inspired by their times at DreamHack. As Tomas Lyckedal puts it –

“DreamHack doesn’t have customers, we only have communities. All communities are silos but can co-exist under the gaming lifestyle umbrella. Our volunteer crew is a big family community, our staff, our suppliers, and partners belong to different communities. We approach the Dota community, the Cosplay community or the Hardware community differently, but we can still maintain the core identity of the festival as we all consider ourselves gamers. DreamHack is built on three core values: Community, Participation and Experience. And we are very strict about these values, as we go into any new project or possibility.”

So why does the grassroots matter? Here is one simple example from the Jönköping Region. The DKC project is an EU funded initiative, which will establish two Esports Centres in Mullsjö and Habo municipalities within the Jönköping Region. It’s led by Dejan Nedic and Rickard Ivehag, working closely with the volunteers from Mullsjö Computer Association, to use Esports as a base from which to promote digital youth culture. Digital skills and competencies will be promoted alongside Esports and games for people who may not have had these opportunities otherwise. The vision is for a meeting place that promotes a co-creative culture where participants do not just passively consume the experience but instead are active in co-creating value and shaping it, starting with building the actual computers.

And projects that promote important social matters are not limited by location. Female Legends is an online community for girls and those identifying as non-binary to engage in Esports. Their goal is that girls should be an integral part of Esports, and that it should be equal for everyone in both the grassroots and professional scene. Operating across Sweden they established The Women’s eSports League level with a view offering a hate free and diverse new league for female gamers. At the grassroots level they have held workshops across the country including recently here in Jönköping. These camps are designed to provide a place for girls to play, train and talk about their experiences. Female Legends also work closely with DreamHack to showcase female talent through competitive tournaments but also within the LAN, with a dedicated section for members to be able to fully engage with the LAN experience.

“We know that sometimes young women do not always feel comfortable at LAN events. Together with DreamHack we are working to provide a safe experience where they don’t have to worry about harassment and can engage with the Esports experience” Female Legends Founder and Chairperson Liza Lind 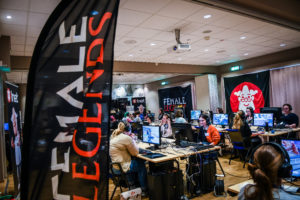 Programs and initiatives like these are where we see the advantages of being the city of DreamHack but also what makes Esports great. It’s not only about top level of Esports, but about also about every level. Esports represents an opportunity to engage at a community level and researchers should take every chance they get to talk to the sort of person who spends their spare time coaching 12-year-olds in how to work as a team in CounterStrike. It’s fantastic when as researchers, we get the chance to talk to prominent Esport figures and pioneers but just as important is when we get the chance to talk to the people who give their spare time behind the scenes to make everything work. It’s a fantastic experience to speak with Tomas but it’s also amazing when you get a chance to talk to people such as Dejan, Rickard, Liza, Lillie, Johan, Viktor, Anton, Johan, Jennifer and all the other passionate people who make the fundamentals of Esports tick. Our symposium intends to give Esports at all levels a voice in constructing a sustainable future.

To read some more on what we do in Jönköping http://bit.ly/2Xcwx9r

Dr. Brian McCauley is a postdoctoral researcher in the Media, Management and Transformation Centre in Jönköping University where he hopes that nobody realizes how much fun he’s having while working. Brian is also happy with the spelling of Esports as eSports, E-Sports, e-Sports, Esports or esports.